The past couple of weeks have been filled with highs and lows. There is the obvious high of Christmas and all that it means and brings. There was also the high of learning that I am going to be a grandfather again this summer; that was a pretty big high I have to say! There was the high of my anniversary; 27 years together with my wife on January 3. I’m certain there were other good things, highs, which are not coming to mind at the moment. Looking at that list one would think I’ve had a great couple of weeks – but that list isn’t complete. The mixed bag of lows have to be added in still.

Since my daughter was out of town until Saturday, Sunday was our anniversary, and Monday was the “official” announcement of our daughter’s first pregnancy, I felt it wasn’t appropriate to share the rest of the story until now. 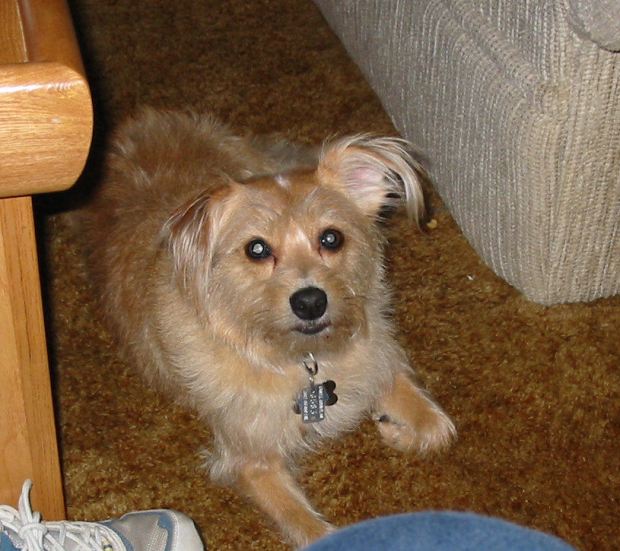 Around the beginning of December I noticed while grooming her that our oldest dog, Gypsy, had lost a lot of weight; she had dropped several pounds I could tell though I hadn’t weighed her to see the amount. Getting up in years, I figured that maybe she was having trouble with the hard-kibble she had been eating all her life so we got some canned food to supplement her diet. I hoped this would let her pick up some weight and fill back out. She did enjoy the new food, and the fact that she got it all to herself; we didn’t want to get the other two dogs spoiled onto canned food.

A week or so before Christmas Eve, Gypsy began to act “oddly” and started having trouble keeping her food down. She had a partially collapsed trachea that we had been nursing/treating for a few years that I figured was the problem. I started to feed her two smaller meals a day which seemed to help. Then on the 23rd she lost a tooth, not surprising for a dog that was almost 16 years old. But the wound wouldn’t clot to stop bleeding and her lip became inflamed, puffed out like an acorn was in her mouth almost overnight. With Christmas falling on a Friday there was nothing much we could do except wait until Monday for the veterinarian to be back in his office.

By Sunday (12/27/15) the knot had more than doubled in size and the bleeding was almost constant; she wiped persistently at her face with her paw so I knew it was irritating at the best – and probably worse. I’d seen this rapid lump growth on her before several years ago; a cancerous tumor came up on her left, rear foot that required surgery and months of high dose steroids to cure, causing her to swell to almost double her normal weight. It was pitiful to see this agile, fleet-footed dog become unable to climb up on the couch, let alone run, jump or play. I can’t tell you how relieved we were when the treatments were over and she began to go back to old self again. We decided never to put her through that again if the cancer ever came back.

Of course I didn’t want to think, let alone say, it could be another tumor; if I did it would make it a real possibility. So I rationalized it could be an infection from the tooth she had lost; I was very adamant that this was possible, both in my mind and outspokenly. Though no matter the cause I had to take her to the vet on Monday.

Monday morning as I was about to dial the vet’s office my wife stopped me; she said that we ought to give it another day to see how she was and if the pain pills she had been taking (left over from another incident) were helping. I was relieved and yet not either; I knew this was delaying the inevitable, really. I called the vet and made an appointment for Tuesday, explaining the situation; 10-30 am we were to be there. Why so early? I thought! As the day went on I realized a few things: the medicine was helping (but not a lot), the bleeding wasn’t stopping, she wasn’t eating, and this wasn’t an infection. So I spent the day just loving, petting and talking to her, preparing for Tuesday and for goodbye, really.

The news wasn’t good; the cancer had come back and was very aggressive this time. Who would’ve thought: All this time I’d been checking her foot and leg and it comes back in her jaw?!? There were options, horrible ones, which I didn’t consider for a moment, things I won’t write about and don’t want to think of. It was time for her to leave us, not for her to suffer any more. At just before 11:00 am December 29, 2015, after being my constant companion for over 15 years, Gypsy left us, resting comfortably in my arms as she had thousands of times over the years. She now rests in the backyard beside her old friend Morkie, who left us in 2010, in a coffin my son made for her; he decided she needed something special to be buried in.

Gypsy was a very special part of our family. She was my comfort and company through many pain filled, sleepless nights. She saw me through a major surgery and I her through two. A more perfect, loving, sweet pet I cannot imagine ever existing. From the ragged looking rescue pup we adopted (I remember my wife saying, “Didn’t they have an uglier one than her?” when she first laid eyes on her LOL) to the beautiful, graceful dog she grew into, she meant something more to me and my family than I can fully express in mere words. There are so many wonderful, fun memories she gave us and for that we are so grateful. But more so, we are grateful to have been her family and received her faithful love.

After a play-session this fall 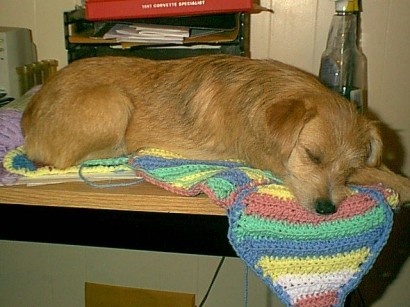 I’m thankful we took that extra day, Monday, to have spent it with her. No, it wasn’t easier nor did it hurt less Tuesday; it doesn’t hurt less a week later as I write this for that matter. But it was comforting to a degree to have that time to say goodbye to my sweet Gypsy.